Today I thought I’d show a couple of my photo’s that show the rougher side of the game at the time. When keepers had the ball in their hands they were fair game to be charged; part of a centre forward’s trade was to be strong enough to knock keeper and ball into the net together when the opportunity arose and this meant the full back’s first priority when their keeper was catching the ball was to protect him.

In the first shot you can see Joy running a block across the forward with his keeper vulnerable in the air, and the second shows Bowden trying to get a barge on the keeper as he scurries away along his line to safety.

The third one is, I think, quite wonderful. A brave forward gets his cross in as a true hard man in the days of very hard men, Wilf Copping, charges in to go for the ball muscles straining. Neither player with a thought of the other, eyes fixed firmly on the ball.

As always any words below the photo’s are from the original backslip as they are written there. 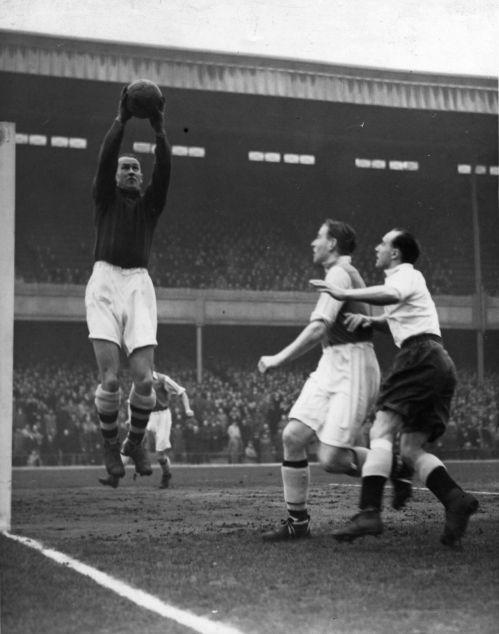 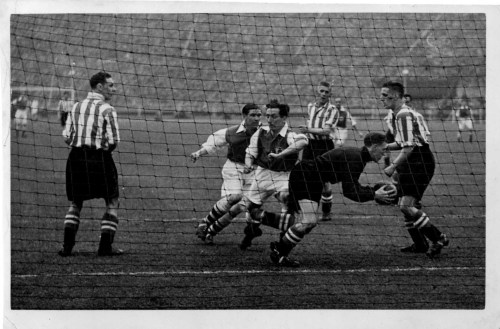 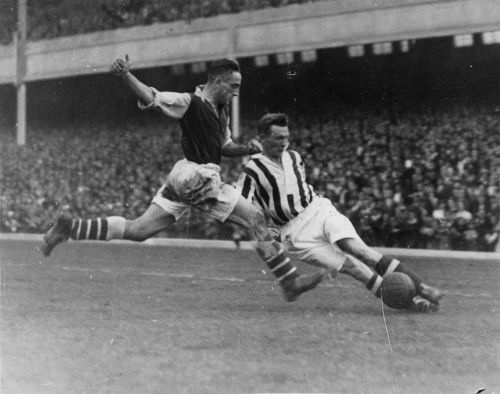 “Arsenal v West Bromwich Albion at Highbury.
Richardson, the W.B.A. centre forward, gets in his centre in spite of the efforts of Copping (Arsenal).”

In the late 1800s magazines relied on drawings to show match action.  The two I’ve scanned below are both from The Penny Illustrated magazine, the first from October 1890 and the second from October 1891. 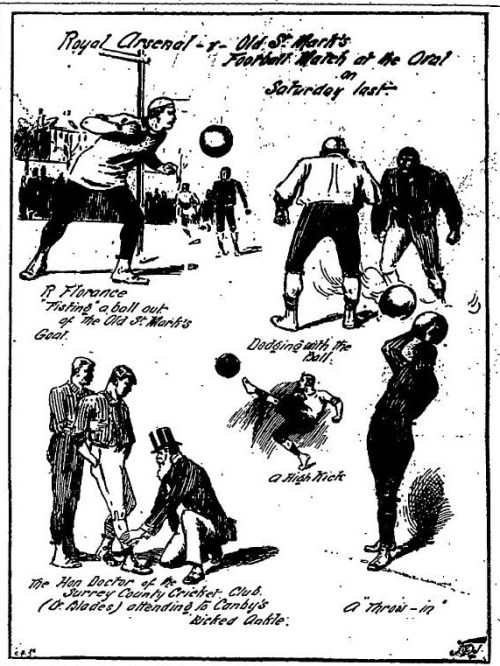 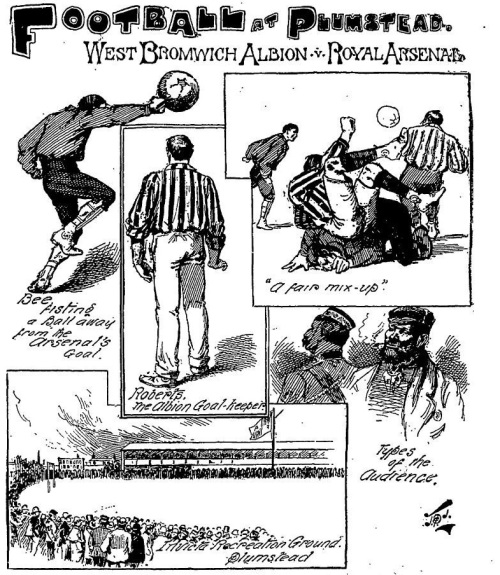