Below are scans of the A4 kit ad set that Nike sent out in the summer of 2005. 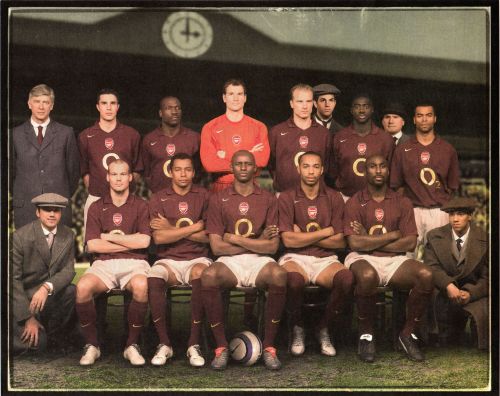 In 1888/89, the first season of the Football League, Preston North End won the Championship going through a 22 game season unbeaten.

First scans are the set of cards given out by o2 at the open top bus parade, followed by the programme for Thierry Henry’s FWA Player of the Year award ceremony. Lastly I took a photo of one of my favourite things, one of the bottles of champagne that the players had when they came back on the pitch after securing the title down the road. 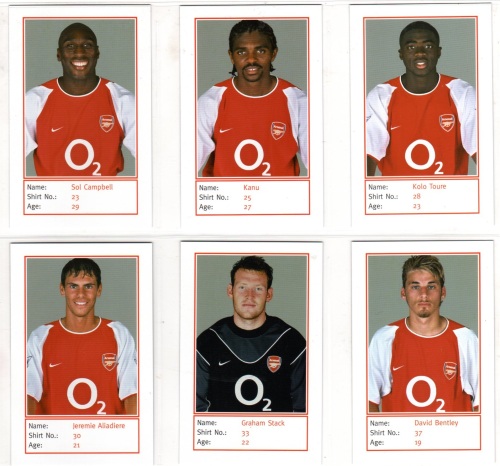 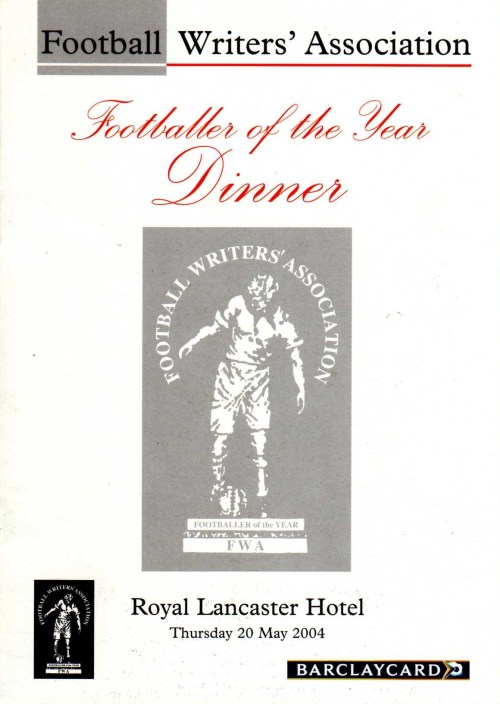 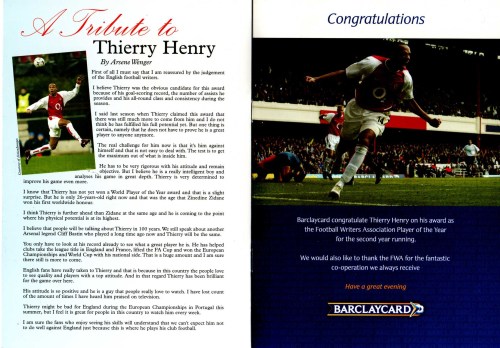